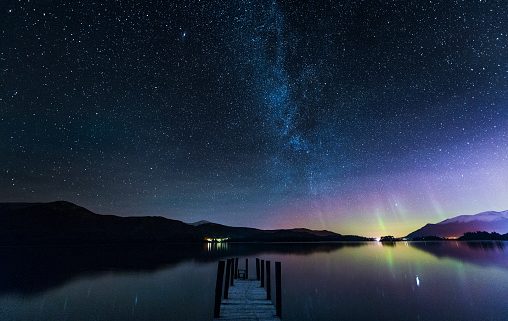 As evening falls across the UK, we’re thrilled to announce the extraordinary programme for Under the Starry Skies, the special Friday night concert during the festival inspired by the starry ceiling of St Mary’s Church, one of the most treasured buildings in Beverley and an exceptional venue for chamber music and song. Gaze upon the programme here.

On 21st April – in just under three weeks – the festival audience will be treated to a lustrous array of nocturnal music, both chamber music and song. The realm of the night, a world of sleep and of dreams, is the material of some of the greatest music ever written. The programme – one of our favourites in the whole festival – includes two of Schumann’s most beautiful songs, Mondnacht and Mein schöner Stern, Strauss’s masterpiece Die Nacht, and the tender So schlaf in Ruh by Mendelssohn.

Moonlight, and the mysterious and magical sphere of night, has also inspired some remarkable instrumental music. And so our constellation of artists includes cellist Cara Berridge, violinist Fenella Humphreys and French horn player Francesca Moore-Bridger. We hear Cara perform Debussy’s Cello Sonata and Schumann’s Fantasiestücke Op 73. Francesca plays the serene Nocturno by Strauss and Fenella draws the curtain on the evening with Elgar’s great ‘song without words’ Chanson de nuit.

Voice and instrument combine to chilling effect in Strauss’s rarely performed Notturno. And, at the sight of stars in the “sacred distance” at the end of Auf dem Strom, Schubert’s song for tenor and horn, we hear sublime music from this great genius of composers with a special affinity for the night.

This is sure to be a memorable Friday night in Beverley under the gentle twinkling canopy of St Mary’s. Be guided by the stars to Beverley this Easter. And reward yourself after the concert with a pint or two in one of the many fantastic pubs of the town. Cheers!

Our celebrations of the town we are proud to call home also feature Inspired by Elwell, a concert inspired by the paintings of celebrated local artist Fred Elwell, and A musical tour of the Minster, a free event exploring one of the greatest gothic buildings in Northern Europe – in which almost all of the festival musicians are participating.

In the ravishing programme for Inspired by Elwell at the East Riding Theatre, our Artistic Director, pianist Libby Burgess, joins our festival string players to perform one of Elgar’s masterpieces of chamber music, the Piano Quintet.

Libby is joined by British mezzo-soprano, Bethan Langford, for Schumann’s cycle Frauenliebe und –leben, an exploration of love and loss in the life of a woman.  Bethan is a rising star in the song world, appearing at the Oxford Lieder Festival and Ludlow English Song Weekend. It’s pleasing to see Beverley establishing a place on the UK map of song.

Bethan is also performing in A musical tour of the Minster and, whilst we’re keeping secret the full programme for this unique event, we can tell you that Bethan will be performing Mahler’s transcendent song Urlicht in it – beside the exquisite Percy Tomb, the carvings on which trace the soul’s journey up to heaven.

The title of this newsletter is a song from Ralph Vaughan Williams’ ever popular cycle Songs of Travel which Johnny Herford is performing in Home & Away. The festival this year includes such a wealth of English song and so we are delighted to welcome English song and Vaughan Williams expert, Ceri Owen, to give the first of our two talks, Let the Florid Music Praise! A Journey Through 20th-Century British Song.

The immortal music of J.S. Bach is being celebrated in the concerts of brand new baroque group, Contraband, throughout the festival.  We’re thrilled to reveal the complete line-up of Contraband here. Contraband is a group of exceptional baroque players hand-picked by dynamic harpsichordist Christopher Bucknall, giving their first ever performances together at the festival.

J.S. Bach had a profound influence on our cornerstone composers Brahms and Schumann. The music of Bach has also shaped the lives, craft and careers of many of the festival artists. Recent and forthcoming Bach journeys include that of outstanding young mezzo-soprano Helen Charlston, who stars in our Come & Sing Vivaldi Gloria. Last month, Helen’s group Amici Voices recorded its second CD, two cantatas and a motet by Bach, and in the weeks ahead Helen performs both great Passions by Bach: the St Matthew with the choir of Merton College Oxford on 9th April; and the St John with Polyphony and The Orchestra of the Age of Enlightenment at St John’s Smith Square on 14th April.

We wish you all a peaceful and joyful journey to Beverley in a few weeks. May it be star-led.