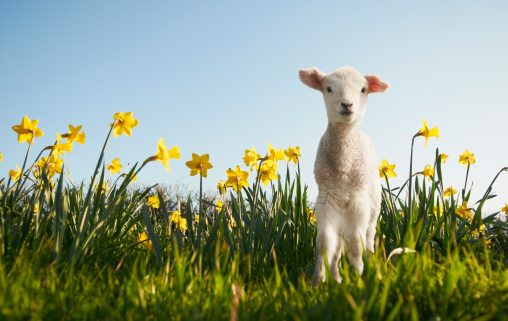 The third New Paths music festival (5th – 8th April) opens in under nine weeks. Let us begin at the end as we flit through some of the highlights of this extraordinary festival:

The final concert of the festival closes in the exuberance of Mendelssohn’s Octet – a joyous way to bring the curtain down on four days of music-making by over thirty of the country’s leading musicians. The effervescent last movement of this glorious piece quotes the triumphant tune “And he shall reign forever and ever” from the ‘Hallelujah Chorus’ of Handel’s Messiah, which many festivalgoers will have sung earlier in the week at the massive Easter Sing in the Minster! This year our superb team of string players is bigger than ever before – we’ve enlarged the group in order to programme the Mendelssohn and some of the other splendours of the repertoire:

• Brahms’ String Sextet No. 1 in B flat, in the art gallery matinee concert, At Sixes and Sevens (on Friday);
• Schoenberg’s Verklärte Nacht, in the late-night concert in St John’s RC Church (on Thursday); and
• Finzi’s Eclogue, in the coffee concert, Stories and Sagas (on Thursday).

Come to Beverley this spring and bask in the luscious string sonority. Tickets and passes are now on sale. Be sure to book yours early – especially for the concert in Beverley Art Galley which seats only 80!

Buy your tickets and passes here.

Our band of string players will kick off the closing concert with a romp through Grieg’s joyous Holberg Suite. The festival features two other stunning pieces by Grieg:

• his ravishing Six Songs Op. 48, sung by soprano Katherine Broderick in Footsteps Through the Snow (on Thursday); and
• his stormy Violin Sonata in C Minor Op. 45, played by Icelandic violinist Eva Thorarinsdottir in Viking Virtuosity (on Friday).

Artistic director Libby Burgess is thrilled to be joined by illustrious newcomers to New Paths, Katherine and Eva, for these performances. We greatly look forward to welcoming them to Beverley in the spring. The Grieg pieces are part of our flagship Viking Invasion theme – a big celebration of Nordic music running throughout the festival – which we’ll be covering in forthcoming communiqués.

Hark a thrilling voice is sounding!

We began this bulletin with Mendelssohn. The first organ recital of the festival also begins with some Mendelssohn. We’re delighted to welcome Nicholas Wearne to play a programme which revels in the qualities of the recently restored organ of Selby Abbey, one of the finest Romantic instruments in Britain. Nicholas’s recital concludes with Elgar’s majestic Organ Sonata. It is the jewel in the crown of an entire day of organ events in Selby. The day starts with an inspiring Introduction to the Organ for young pianists in the area led by Nicholas, includes lunch at Capri, and ends with Planet Bach, a public masterclass for three highly talented students led by Bach expert, John Scott Whitely. We’re thrilled to have teamed up with the Royal College of Organists to stage this joyous day.

The students – Erin Cox, George Gillow and Jason Richards – will take centre stage on the Saturday of the festival at a lunchtime performance in Beverley Minster as part of the ‘Musical Takeover’ of the town – a day of free musical events throughout Beverley. Come and hear these brilliant young organists entertain the crowds and stay for a ploughman’s lunch afterwards. The students are alumni of the Oundle for Organists summer courses. It gives us much pleasure to see our long-term partnership with Oundle for Organists flourishing.

We are immensely proud that the culmination of our organ events is a recital in Beverley Minster on the Sunday of the festival by the legendary concert organist, Gunnar Idenstam, winner of the Grand Prix de Chartres in improvisation and recipient of the prestigious Litteris et Artibus medal awarded by HM The King of Sweden. In his recital Gunnar plays Swedish folk, Bach, his own composition and an improvisation on a painting by Monet. Join us in giving a warm welcome to one of the coolest organists in the world (see him jamming with Benny from ABBA here) who is making a rare appearance in the UK especially for the festival’s Viking Invasion celebrations.

A feeling for spring

The “zig zag” quote with which we started comes from Goethe’s Faust, part of which inspired the scherzo of Mendelssohn’s Octet. In the Faust story one of the characters says he “feels nothing but winter in his belly”. But another says he “feels the power of spring filling him”. We hope that as you look forward to April and the forthcoming festival, you begin to feel the delight of spring. And so we leave you with some poetry about spring here! If you enjoy the Larkin poem, then come along to Larkin’ About, our concert inspired by his work and his world (on Thursday).

New Paths Music blasts off as a charity