Lest we forget: A war commemoration 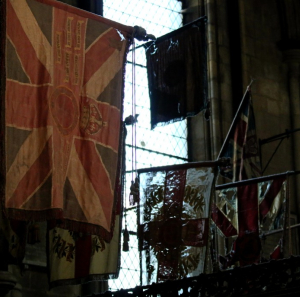 Marking the ongoing First World War centenary, this programme explores music written in the shadow of war. We hear songs of George Butterworth, killed in the 1916 Battle of the Somme, and Ivor Gurney – who never mentally recovered from his time in the trenches – as well as Elgar’s passionate Violin Sonata, written in 1918.

The ‘war to end all wars’ did not live up to its name, and thus Britten’s 1936 Temporal Variations reflect with vivid pictures and haunting chorales the regimes taking over Europe at the time.

Shostakovich’s brutal and powerful String Quartet No 8 in C minor was written in 1960 whilst Shostakovich was visiting the former Communist State of East Germany, and was dedicated by composer to ‘the victims of fascism and war’.

Join us after the concert for Compline – a time of contemplation – in the Minster.