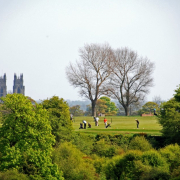 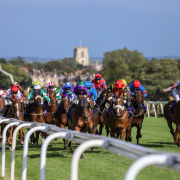 We are delighted to announce that the 2019 Beverley Chamber Music Festival features a rare exhibition of lino-cuts by Andrew Anderson from the early 1960s.  Anderson’s linocuts are on a monumental scale and the exhibition brings together for the first time the two largest he ever made: The Rock of Cashel and St Barnabas.

These astonishing works were produced at the height of Anderson’s youthful printing fever, before he turned to his training as an architect for a living; a career he described, as follows:

“I trained as an architect and for forty years practised as one, working first on farm sheds and barns, and on what at the time was the biggest cold store in East Anglia; then in the following decades on three hundred or more historic rural churches and two Norman cathedrals.”

And the imagery in the pieces on show is at its root architectural.  But there is something mysterious about them: architectural forms are combined with surprising perspectives, and layers of meaning in text and image overlap.  Dr Alan Powers wrote in the foreword to Enclosures: Times and Places published by Evergreen Press:

“The architectural content of Anderson’s work can at times be represented literally, but nearly always there is another dimension.  Sometimes this can be related to prehistory of Biblical times, sometimes to less distant pasts including those within living memory, but his work also speaks for the future”.

Anderson’s work has featured in various editions of Matrix, the periodical of book arts published by The Whittington Press.  Matrix 28 includes Anderson’s description of the profound effect that first seeing the Rock of Cashel had on him, in a letter of 18th August 1960 to his friend, Quinlan Terry:

“I’d meant to stay a month but the vision of the ruins at Cashel was so great that all I could think of doing was drawing the outline and coming back home to put onto lino for my friends (the drawing is 7’6” x 3’8” so the lino-cut will be …!) Lord! It’s the nearest thing to the Heavenly Jerusalem I’ve seen yet.”

Working in the heat of the moment, Anderson completed the cutting of the nine lino sheets in 14 days.  Those original blocks will also be on display at the exhibition.  Their size was determined by the dimensions of the press Anderson had bought for £5!  The full story and that of St Barnabas will be told at the exhibition.

“The mix of image, lettering and symbolism in these lino-cuts is striking.  We are hugely proud to be exhibiting them at the festival and would urge people not to miss the opportunity to see the works whilst they are on display in Beverley.”

The exhibition runs 19th – 30th September in St Mary’s Church, Beverley – a church of which Anderson was inspecting architect for a number of years – and entry is free. 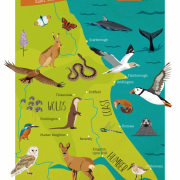 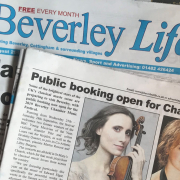 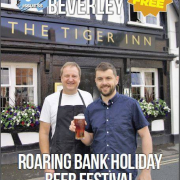 We are hugely excited that the festival is now only two months away and we’re most grateful to Just Beverley for its coverage. 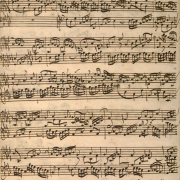 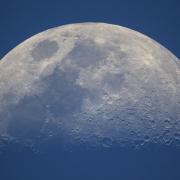 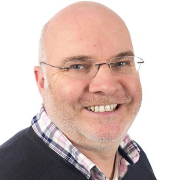 On the morning of 1st July 2019 – the day when tickets for the 2019 Beverley Chamber Music Festival went on sale – New Paths’ founder, Roland Deller, popped into the BBC studios in Hull to speak with Burnsy (pictured) about the festival.  Listen to their conversation here: 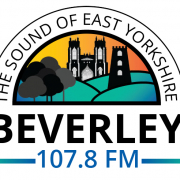