Experience a musical epiphany in Beverley this spring: tickets go on sale today

Happy New Year!  Booking for the fifth New Paths Spring Festival in Beverley (2nd – 5th April 2020) opens at 9am today.  Don’t delay in buying your tickets for this joyous event in the heart of the East Riding of Yorkshire – some performances are sure to sell out quickly.

Twelfth Night is fast approaching, and with only three months til we welcome some of the brightest and best musical talent to this hidden gem of a county, we share three revelations about the festival:

In his 250th anniversary year, we enfold the festival in a Beethoven ‘frieze’*:

In Opus Alpha on Thursday 2nd April, the morning concert which opens the festival, pianist Libby Burgess is joined by violinist Jamie Campbell and cellist Cara Berridge, for a performance of Beethoven’s Piano Trio in Eb Op 1 No 1 – one of the effervescent early works with which the young Beethoven boldly announced to the world his arrival as a composer.

In Late Work on Friday 3rd April, we hear one of the composer’s most philosophical and spiritual pieces, the String Quartet No 15 in A minor Op 132 – the late work which inspired TS Elliot to write the poem Four Quartets. Written when Beethoven was recovering from a serious illness from which he had nearly died, the central movement is an intense prayer which he titled ‘A sacred song of thanks from one made well, to the Divine’.  The intimate and peaceful surroundings of St John of Beverley RC Church will be an atmospheric setting for this late-night performance.  Buy a Night Owl Pass and come to both late-night concerts in the festival for only £10!

In Serenade on Saturday 4th April, Polish violinist and winner of the 2018 Leipzig International Bach Competition, Maria Wlosczowska leads the late afternoon performance of Beethoven’s masterpiece, the Septet, with its sublime slow movement.  The festival makes its first visit to the impressive atrium of the East Riding College – with its views over the spectacular east end of Beverley Minster – for this performance.

In Closing Time on Sunday 5th April, the final concert in the festival, outstanding Norwegian cellist Torun Stavseng returns to Beverley to perform Beethoven’s Sonata No 5 in D for cello and piano with Libby Burgess.  Newness abounds at this luxurious concert which also features two exceptional artists both making their first appearance at the festival this year: soprano Ailish Tynan and pianist James Baillieu.  Ailish performs Strauss’ Four Last Songs with Libby and James performs Britten’s Songs and Proverbs of William Blake with baritone Johnny Herford.

Be lost in Beethoven this spring – discover some of his great works at the festival in Beverley as we play our part in this year’s global celebrations of the composer. 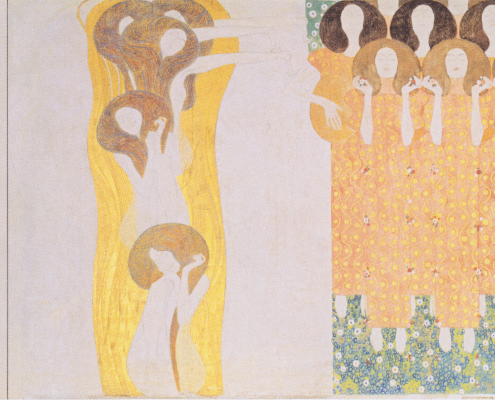 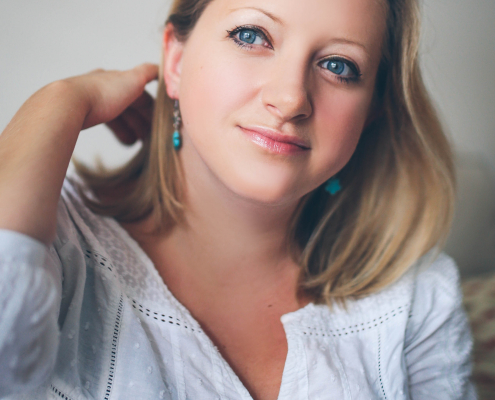 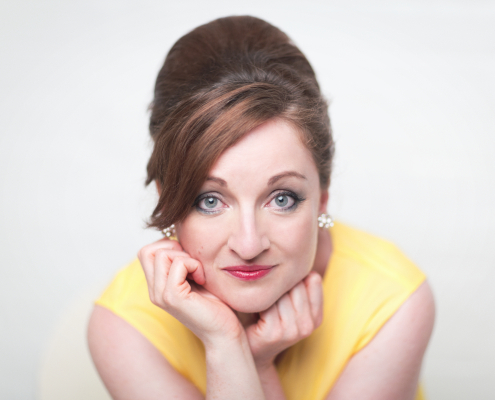 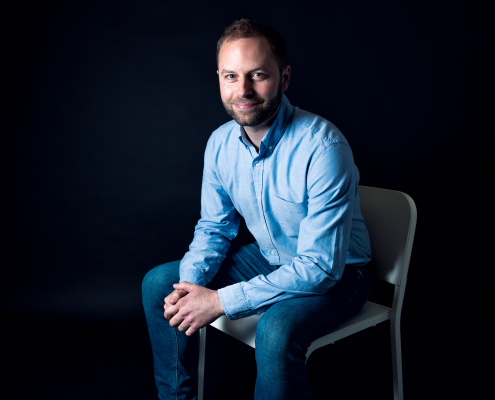 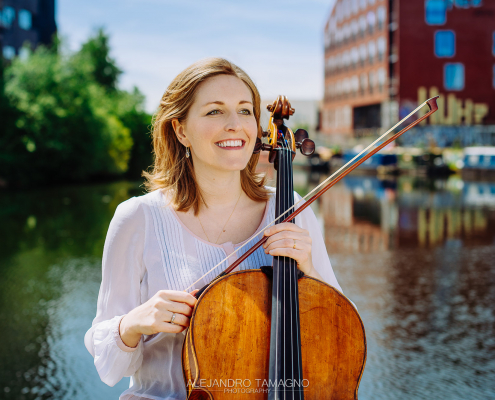 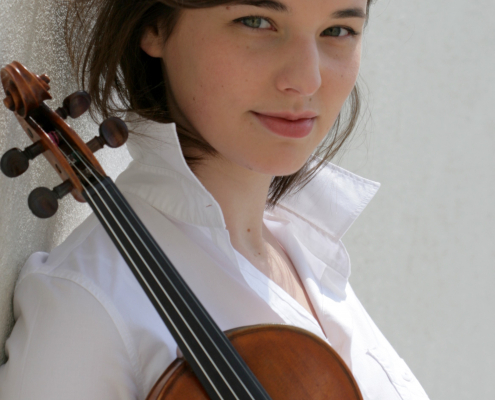 2. Bookclub: Notes from an Exhibition

A novel feature of the festival this year is our first bookclub.  We are thrilled to welcome Patrick Gale for a conversation about his bestselling book Notes from an Exhibition – a moving, intuitive story of artistic compulsion, marriage and secrets left behind.

Patrick talks to cherished BBC presenter, Petroc Trelawny, about this thought-provoking and uplifting book.  Read the book in the run-up to the festival and join Petroc, Patrick and other festivalgoers for a fascinating discussion about it.

Here is a video of Patrick speaking about the book with Stephen Fry, who has described it as “complete perfection”:

Perhaps an antidote to the countless hours spent playing family board games during the festive season, Game On! – our Saturday coffee concert – presents a fun-filled programme of games-inspired music, from sports to masks. Step away from the bustle of the town’s famous Saturday market for this captivating concert which features works by football lover Dmitri Shostakovich and baseball fan Charles Ives, plus two beautiful arias by Handel and more.  The concert ends with Mozart’s charming ‘Kegelstatt’ Trio for the warm combination of clarinet, viola and piano.  We are delighted that Dutch viola player Simone van der Giessen makes her debut at the festival this year and appears alongside Libby Burgess and John Slack in the performance of this piece named after a skittle alley!

Robert Schumann was a chess enthusiast and one of the songs in his song cycle Myrthen ­is a puzzle!   The performance in the Sunday afternoon concert, Love Story, of this wonderful cycle – written as a wedding present for Clara – marks a milestone in our journey through the songs and chamber music of Schumann and Brahms.  We cannot wait to hear mezzo-soprano Angharad Lyddon and baritone Gareth Brynmor John perform this deeply moving work with Libby in the festival.

The above painting – Saturday Night, Beverley by Thomas Bonfrey Burton from around 100 years ago – is in the collection of Beverley Art Gallery.  We cannot promise swing boats (and we trust there won’t be snow in April), but Saturday nights in Beverley during the festival can be epic.

This year the Saturday night ends in high spirits with a Ceilidh – a highlight of the Celtic theme which runs through the festival.  Triple Scotch – feted as the best Ceilidh band in England – make a triumphant return to Beverley after their hugely popular appearance in 2018.  A party not to be missed!

Another standout event will be the lunchtime concert Quintetto in the beautiful Beverley Art Gallery, which showcases our exceptional string team in three ravishing works: Purcell’s Chacony in G minor (arranged by Britten), Vaughan Williams’ Phantasy Quintet, and Mozart’s masterpiece, the String Quintet in G minor.  This intimate venue has limited space, so early booking is advised to avoid disappointment. 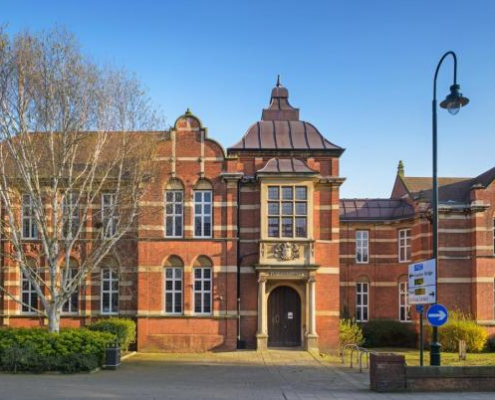 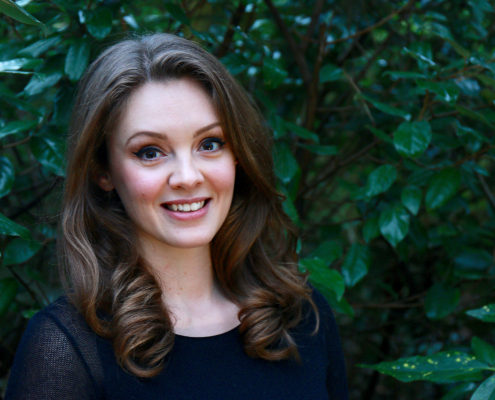 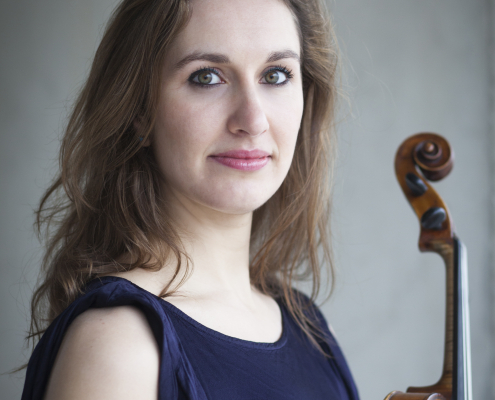 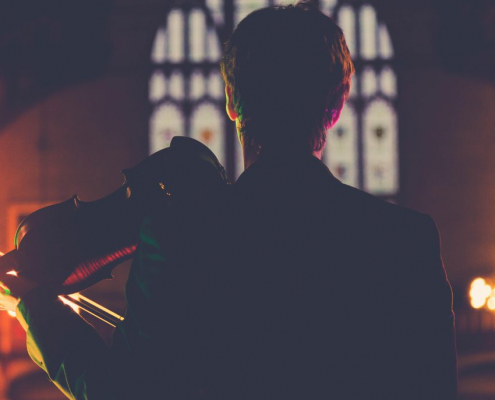 We greatly look forward to welcoming you to Beverley in April for this vibrant festival.  Make your move: buy your tickets today and discover new musical vistas this spring.

*Included among the images in this news item are panels from the Beethoven Frieze painted by Gustav Klimt for the 14th Vienna Secessionist exhibition of 1902, which was intended to be a celebration of the composer and featured a monumental polychrome sculpture by Max Klinger. Meant for the exhibition only, the frieze was painted directly on the walls with light materials. After the exhibition the painting was preserved, although it did not go on display again until 1986. The Beethoven Frieze is now on permanent display in the Vienna Secession Building.