We are delighted that Martin Roscoe is joined by Jennifer Pike for the closing concert of the 2019 Beverley Chamber Music Festival on 28th September.  Their beautiful programme includes one of the best-loved pieces of English music, Vaughan Williams’ The Lark Ascending.

In Beverley we hear the piece in its original scoring for violin and piano.  Vaughan Williams began working on it in 1914 just before the outbreak of the First World War.  Inspired by George Meredith’s poem of the same name about the song of the skylark, the piece became for the English a symbol of the longing for beauty and freedom.  The manuscript copy for violin and piano,which shows cuts, additions and corrections in the composer’s hand, as well as the poem on the front cover, can be seen in the British Library: 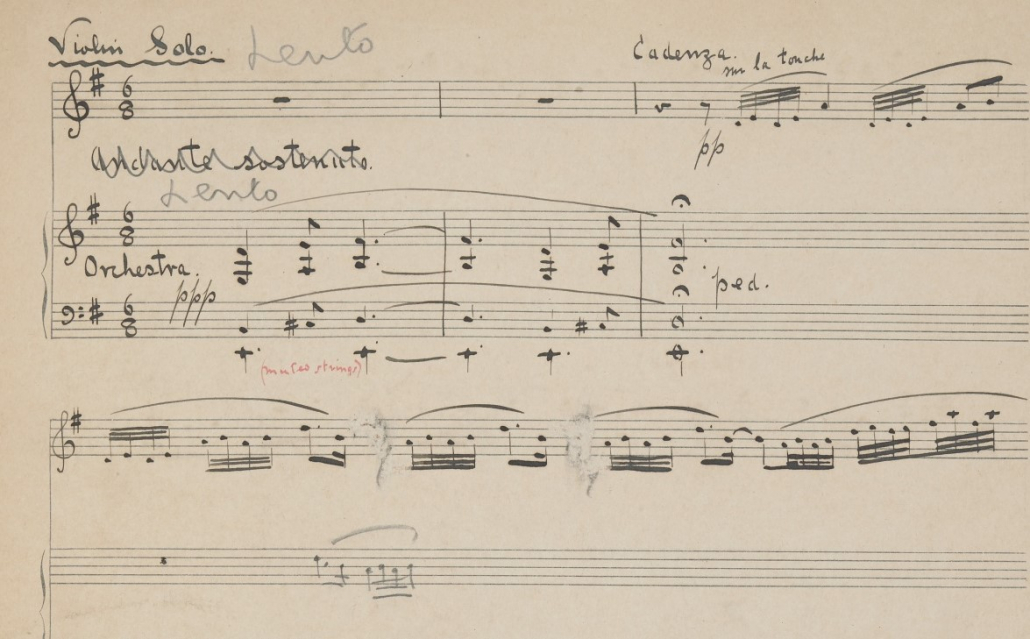 Many people will remember Jennifer’s poignant playing of the piece in Westminster Abbey in 2014 at the solemn service of commemoration on the centenary of the outbreak of the First World War.  In this news post we share a video of her performing it the following year in New York:

Join us in the East Riding of Yorkshire this autumn to hear this “silver chain of sound”.

“I have spread my dreams under your feet”: Happy birthday to W.B.Yeats...
Scroll to top