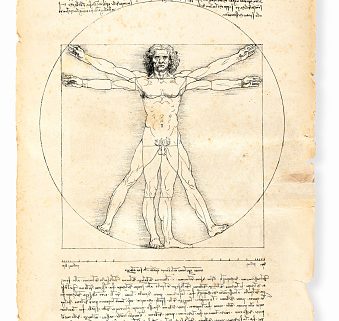 The greatest discoveries and inventions in the history of mankind

The wheel, electricity, penicillin, gravity, agriculture, and the printing press feature in many people’s Top Ten.  Music itself surely deserves a place on the list.  One of the most profound musical discoveries is the ‘circle of fifths’, a relationship which seems to encapsulate the link between harmony and nature and space, recalling Pythagoras’s concept of “music of the spheres”.
We are thrilled that in the closing concert of the festival – which begins in one week – we shall have the opportunity to marvel at one of the most exquisite examples of the cycle of fifths in all music – on the first page of the opening movement of Mozart’s Quintet in E flat for Piano and Winds.  We are confronted by Mozart’s genius as he deploys the sequence to transport us to one most beautiful passages of music ever written.

The festival this year is full of “Eureka” moments!  New Paths is proud to present two world premieres and a UK first:

In Orb & Sceptre, the organ recital in Beverley Minster for St George’s Day of music of the British Isles, virtuoso organist Christian Wilson – currently on a recital tour in America – gives the world premiere of a new piece by leading Scottish composer, Alasdair Nicolson, co-commissioned by the festival with Sound Scotland.  This will be the jewel in the crown of a splendid organ recital.

In Retrospective, our Friday lunchtime concert in Beverley Minster, we hear the first performance in the UK of a new edition of Poulenc’s Trio For Piano, Oboe, and Bassoon based on a final manuscript of the piece by the composer.  Our Artistic Director Libby Burgess is joined by James Turnbull and Connie Tanner for the performance of this ground-breaking yet cheeky piece.

The festival also hosts the first ever performances by brand new baroque group, Contraband. Comprising some of the UK’s most exciting players in the field and under the charismatic leadership of Christopher Bucknall, Contraband present a series of concerts centred on the music of J.S. Bach.  The concerts exploit the group’s passion for working with singers.  Thus, on our opening night the group are joined by Claire Booth and Johnny Herford for a late-night performance of two of Bach’s great solo cantatas in Beverley Minster.  And on Saturday afternoon we hear Katherine Crompton and Edward Grint perform Bach’s witty Coffee Cantata with the group at a pop-up performance in the East Riding Theatre House Café.  Contraband will be giving a workshop for talented local teenage musicians in which the young musicians will play alongside the professionals.

Watch out for falling apples in Beverley next week!

Our artists will start arriving in Beverley for the festival on Easter Sunday.  Please join us in giving them a very warm welcome to the East Riding.  The first artist to arrive will be multiple prize winning organist Andrew Dewar travelling from Paris where he is organist of the American Cathedral.  Andrew gets the festival off to kaleidoscopic start on Thursday with French Connections, a lunchtime recital in Bridlington Priory of music from Messiaen’s circle including Dupré’s arrangement of ‘The Sorcerer’s Apprentice’ and Messiaen’s epic Dieu parmi nous from ‘La nativité du Seigneur’.  We are excited to be marking the 25th anniversary of the death of Messiaen in this and a number of other concerts during the festival.
Reward yourself with a trip to the seaside next week for this stunning recital which is followed by a pub lunch at The Bull & Sun.  After lunch Andrew and Christian co-lead a public masterclass for three talented young organists including recipients of bursaries from the Alan Spedding Memorial Fund to attend Oundle for Organists.
Andrew met Libby at Oundle for Organists as students almost two decades ago!  Andrew, Libby and Christian all now teach on Oundle courses from time to time.  We are proud to be supporting an organisation which continues its vital work in nurturing talented young musicians – our Come & Sing will raise well over £1,000 for the charity.  Do come for a warble if you fancy ‘clearing your pipes’ after Easter!