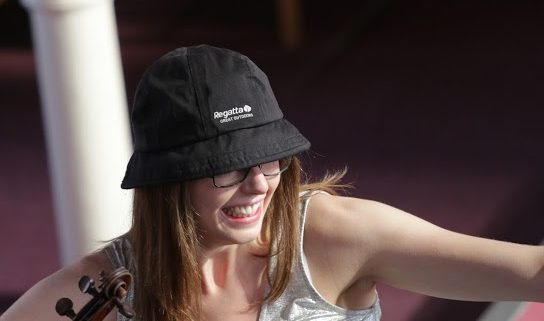 Click here to view this email in its original illustrated version.

It is incredible that it is now a month since the end of the inaugural New Paths festival! We were absolutely thrilled with the level of support we received, both from those who call Beverley home and those who were visiting it for the first time. The buzz generated by our outstanding artists, the warm audiences, and such beautiful venues, provided a very special atmosphere. Thank you so much to all who were a part of it.

We are delighted to announce that, following such a successful first year, we will indeed be doing it again! Our 2017 dates will be announced shortly, so keep an eye on our website, our Twitter feed, and our Facebook page for further information.

Meanwhile, do have a look at our photo gallery from last month, read our festival write-up, or listen to Artistic Director Libby Burgess in conversation about establishing New Paths. Enjoy the memories!

Next spring may feel a long time away at the moment, but there are plenty of events coming up in Beverley, organised by other people, to keep you entertained between now and then:

We wish these organisations all the very best with their projects, and look forward to seeing you again soon ourselves!

With all best wishes, and great thanks for your help in getting New Paths off the ground,