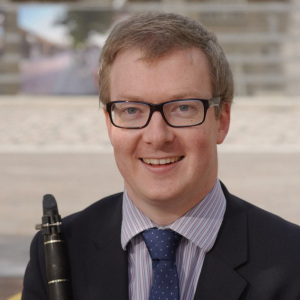 Our festival clarinettist is John Slack. He divides his time between Glasgow and London, which puts Beverley roughly half way along his commute! John is Clarinettist and General Manager of the Berkeley Ensemble, who have recently released their second disc to outstanding reviews. Gramophone included the album, Lennox Berkeley: Chamber Works, as a Critics Choice of 2015, and the September BBC Music Magazine selected it as Chamber Choice.

Here are the Berkeley Ensemble to whet your appetite:

John will be performing Mozart’s effervescent Clarinet Quintet and Schubert’s beautiful Shepherd on the Rock with Mary Bevan in Saturday’s Coffee Concert.

Tickets are on sale!